Bitcoin vs Ethereum close up comparison 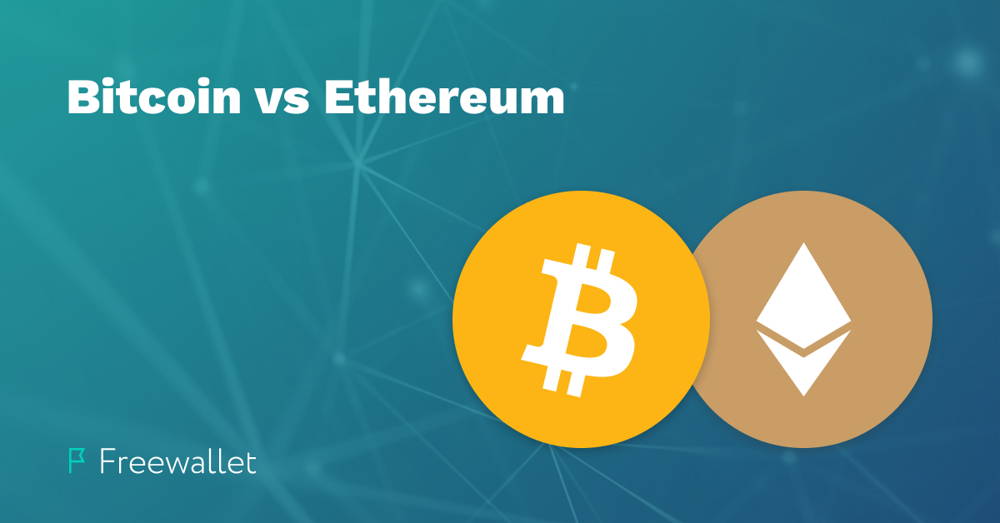 Since its launch in 2009, Bitcoin has become the most famous and valuable cryptocurrency on the market. But it is not the only key player in the industry. In 2015, Ethereum entered into the fray with game-changing features like smart-contracts and Dapps.

Despite the fact that, Bitcoin and Ethereum are the two leading cryptocurrencies on the market, they are very different coins. They are focused on different spheres and have differences in their purposes and underlying technologies. In this article we are going to lay out the differences between the coins so you can choose what’s right for you in 2020: ETH or BTC.

Bitcoin was launched in 2009 and embodied a new idea of money created by its founder – the mysterious Satoshi Nakamoto. Bitcoin is a digital currency not controlled by the government like national fiat currencies or any other entity and fully decentralized by nature. The main purpose of Bitcoin is to serve as a payment system. You can transfer money globally to anyone without any middlemen or third-party organisations.

Ethereum has attracted a lot of attention since its appearance in the public at a Bitcoin conference in the USA at the beginning of 2014. Its founder, Vitalik Buterin had a global vision and decided to create a world computer to launch decentralized applications. This came to life thanks to smart contracts – a special program which executes a transaction under certain conditions.

The key differences between BTC and ETH

Bitcoin has a limited supply of 21 million BTC and 80% of them have already been mined. This idea of limited supply makes many experts believe that it will increase demand of the currency and facilitate price growth in future.
As for Ethereum, there is no overall set limit of coins in place. Each year Ether issues a new bunch of coins, but no more than 18 mln – that is the annual limit of minted coins.

Today both coins are operating on PoW algorithms but Ethereum is planning to move to a PoS protocol that implements Casper shortly.

The idea behind PoW is that every miner has to solve a cryptographical problem. As soon as a solution is found a new block is created and a miner receives a reward. Mining is an extremely difficult and resource-consuming task, so miners across the industry often opt to gather in pools to increase their mining power.

The weak points of PoW:

As a result the PoS algorithm is more resource friendly than PoW. You don’t need to waste tons of energy to create a new block.

The Casper Protocol of Ethereum adds a punishment element to this scheme. If a validator acts maliciously and tries to place “nothing at stake” they will immediately be reprimanded, and their entire stake slashed.

Unlike its predecessor, Ethereum was created as a decentralized computer so its transaction fees system is more complex than BTC. Ethereum has a gas system. When we are talking about gas we mean the price of gas and the gas limit.

What does it mean and how does it work? You can think about the gas limit like a number of fuel gallons and gas price as a price for one gallon. To fill your tank you need 5 gallons for $2.5 – $12.5 in total or 0.047 ETH.

The minimum required gas amount for an Ethereum transaction is 21000. However, it is recommended to set a bigger gas limit to ensure that your transaction will be successful. Unused gas will also return to your balance but if the gas limit wasn’t enough the user’s transaction will fail.

Everything is pretty simple with Bitcoin. BTC has a 1 MB maximum block size. It was arranged thus to prevent spam transactions. As soon as Bitcoin became more popular the community started discussing the necessity of increasing the block size or using the Seg-Wit protocol instead. This was one of the reasons for the future Bitcoin hard forks like BCH.

The arguments against increase:

The arguments for the increase:

As a result, the argument split the community into Bitcoin and Bitcoin Cash. The original BTC integrated Seg-Wit Protocol and its hard fork increased its block size to 8MB.

As for Ethereum, there’s no such thing as ETH maximum block size and, unlike Bitcoin’s, it always varies. Ethereum block size depends on the amount of gas — aka gas block limit — that can be spent per block.

Currently, the block size is fluctuating from about 16 to 27 kilobytes, which can be seen on the chart above.

Comparing both cryptocurrencies, it is clear that Bitcoin is 6 times larger than Ethereum by market cap. If we compare the prices the difference is even bigger – over 35 times. Just like every cryptocurrency, Ethereum correlates with Bitcoin and each time BTC experiences a significant growth or fall Ethereum follows the trend.

Bitcoin has experienced 4 cycles in which its price grew and reached new highs and then drastically fell. Each time, at the end of the cycle, the price of the coin remained higher than it was before the pump occurred.

The first cycle happened from autumn 2010 – summer 2011, when the price jumped from $0.06 to $36 and then dropped to $2 per coin. That was the first time when people started calling Bitcoin a bubble and a Ponzi Scheme. The same behaviour repeated three times more, the last one happening in 2015-2017 when the coin achieved its record price of $20,000 before dropping to $5,000 for over a year.

As for Ethereum, it experienced gradual growth over time as more people learned about the coin. Ethereum was the number one platform for launching top ICOs like EOS, TRON, etc., which has also facilitated price growth. The peak price of Ethereum came when the coin’s market trajectory was synched up with Bitcoin’s growth and ETH reached $1400. Today, ETH costs about $200.

The future BItcoin price depends on the halving event in 2020 and overall interest in the cryptocurrency. As you probably know, each time a BTC halving event has occurred, the price of BTC has grown higher. 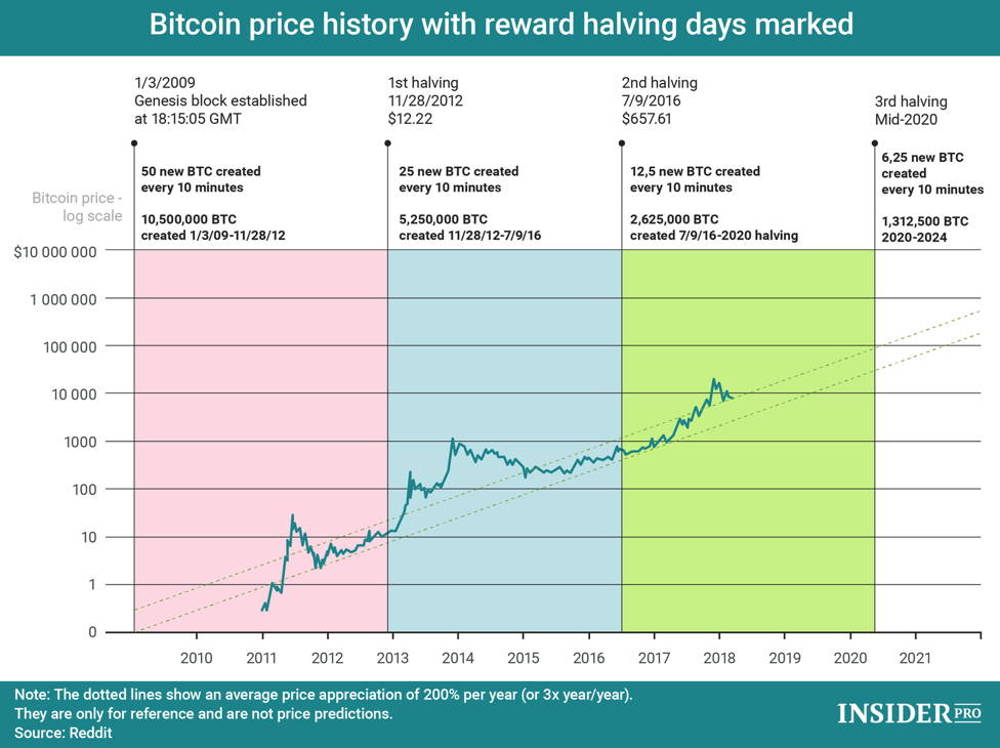 As for Ethereum, founder Vitalik Buterin promised to launch ETH 2.0 – a new stage of Ethereum — in 2020. He claims that the original ETH network was just an attempt to build a world computer while ETH 2.0 will actually be a computer.

For this Ethereum will move to Proof of Stake – a more energy-efficient algorithm and introduce sharding – which will break the blockchain into shards to avoid any scalability problems while maintaining decentralization.

Which crypto to choose?

The answer is not that simple. Today nobody knows how any cryptocurrency will behave on the market even in a short term perspective. Bitcoin is the choice of many and remains the number one cryptocurrency. Bitcoin has more credible evidence behind it suggesting that it will grow in the future. Bitcoin is prone to cycling like it has in the past and we expect the price of BTC to grow after the halving.

However, Ethereum comes with higher risks. The ETH team is going to present a new product and it is still a mystery how the market will react to it. Ethereum market behavior hasn’t followed as clear of a pattern as BTC’s. It makes the future price of ETH much harder to predict.