Enjin coin review | Everything you should know about ENJ 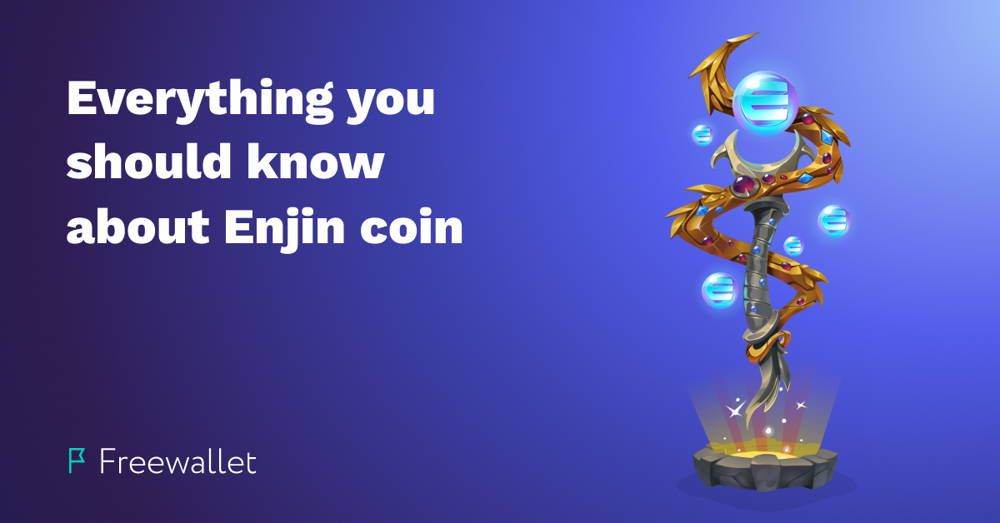 The latest news regarding Enjin coin has significantly increased the price of the digital currency. Recently, it was officially announced that the tech giant Samsung will support ENJ on their flagship smartphone Samsung Galaxy S10. As a result, the coin gained over 70% at price and achieved $0.19 on March 8th.
The rumours about the partnership have been affecting the price of the coin for a few weeks, but the biggest pump occurred when it was officially confirmed by South Korean media. We’ve decided to take a closer look at the cryptocurrency and the partnership with Samsung itself.

What is Enjin coin?

Enjin is a fin-tech company based in Singapore which creates a decentralized video gaming ecosystem for 20 mln. gamers around the globe. The company develops multiple products including Enjin coin which helps game developers to integrate cryptocurrencies and blockchain technology in their projects and exchange in-game assets on the Ethereum blockchain. Besides, they provide a tool for gaming communities to create a website dedicated to their server, guild, etc. with forums, voice chats and social profiles.

The solution for gaming blockchain scalability

Do you remember the slowdown of Ethereum network back in 2017? The insane popularity of CryptoKitties – a collectable card game with cute cartoon cats slowed down transactions in the Ethereum blockchain.
Videogames have a gazillion of in-game items, each time you choose a new hat for your character a new smart contract is created. Just imagine the impact of only one game with 30000 items like World of Warcraft on the Ethereum blockchain. And here comes Enjin.
Unlike other gaming cryptocurrencies, the company has developed a new standard for ERC tokens dubbed ERC-1155. Basically, instead of sending transactions one-by-one for each move you’ve made, they pack all data in one larger transaction. This solution can help to unload the network and avoid slow down of the blockchain.

Specific details of the cooperation are still unclear for now, it is expected that Enjin coin will be among few supported cryptocurrencies in the Samsung Galaxy S10 crypto wallet. According to the Korean media, Enjin will provide their services for Samsung Galaxy Store as well. Enjin is one of the leading gaming companies in the blockchain industry, which can bring digital cash into mobile games and applications of Samsung mobile phones. Probably, the tech giant sees the potential of the blockchain and cryptocurrencies in spheres different from the payment processing such as gaming. They may plan to create an ecosystem for their applications and games where users can freely exchange their in-game items.
Also, Enjin announced a release of SDK (Software Development Kit) for one of the most popular game engines – Unity. Samsung in their turn partners with Unity as well, to improve the performance of games on Galaxy S10. The partnership with Enjin seems like a logical extension of their agreement with Unity.

Does Freewallet have Enjin coin Wallet?

Good news for you, Freewallet has Enjin coin Wallet on Crypto Wallet app for quite a long time. Exchange almost any coin to ENJ not leaving the wallet or top up your balance with +100 cryptocurrencies and it will be converted into ENJ automatically. If you are new here don’t hesitate to sign-up and check out our wallet on iOS, Android or the web.