Privacy of transactions is one of the main reasons why cryptocurrencies are so popular and blockchain technology is expanding its adoption. However, most cryptocurrencies are not completely confidential and anonymous. It’s better to say they are pseudonymous. It is possible to track transactions down on the Bitcoin network through Bitcoin’s blockchain and determine the wallet address of the sender and recipient. On top of that, the amount transferred is known from the beginning and isn’t that hard to find. The lack of complete confidentiality and anonymity has led to the emergence of private cryptocurrencies such as Zcash.

Steven Waterhouse, a well-known cryptocurrency investor, and entrepreneur, once said that we could view Bitcoin as an HTTP data transfer protocol translated to the financial world, while Zcash could be viewed as an HTTPS protocol that offers encryption providing enhanced security. Most crypto enthusiasts and analysts agree with this analogy, as Zcash is traditionally considered the first fully private and secure cryptocurrency.

To figure out if Zcash is a good investment, we have to delve deeper into what it is, how it works, where it can be used, as well as its price and technology development. This article will assess various factors that could impact Zcash’s price, all in order to make a probable price forecast for the years 2021-2025.

Zcash came to life as a fork of Bitcoin on October 28, 2016. The fork was brought by Zooko Wilcox. The project was previously known as the Zerocoin protocol, which was later transformed into Zerocash, and then, finally, into Zcash. Much like Bitcoin, Zcash is also based on blockchain technology. Unlike Bitcoin, Zcash enables anonymity behind transaction amounts as well as parties involved. All the information regarding the transaction between parties is fully encrypted.

Zcash is fundamentally different from other cryptocurrencies mostly in terms of the levels of privacy and fungibility that it provides. This means that the parties involved in the transaction are unknown, but also that each Zcash coin is treated equally, no matter where it came from.

Due to its core features, Zcash is considered one of the privacy-focused coins alongside such cryptocurrencies like Monero, PivX, and Verge.

While it is true that most (if not all) cryptocurrencies are still in the early stage of development, the use cases of a particular cryptocurrency in the present or the potential of a use case in the future can greatly impact its price. Zcash’s future price and the development of the project’s success will greatly depend on whether Zcash manages to reach the implementation phase and add value to the public, whether it be governments, enterprises, or individuals.

When it comes to the use cases of privacy coins, Zcash included, things get tricky. While some argue that privacy coins are mostly used for illegal transactions, a point can be made that if they were used only for illegal transactions, they would have no value whatsoever. This prompts the question: what is Zcash used for (or what can it be used for)?

Zcash has a unique protocol that enables its users to send either a regular crypto transaction (which could be compared to Bitcoin’s transactions) or a fully private encrypted transaction. Its privacy features make it a great option for transferring company trade secrets or supply chain information without the worry of the information getting exposed. It could also see use with individuals that are not necessarily involved in illegal acitvities but would like to keep their identities a secret.

Zcash essentially had four periods in its price movement:

The second period of its price development was during mid-2017 when its price skyrocketed both in terms of dollar value and BTC value. The reason for this price explosion is the news of Zcash’s privacy technology being implemented to JPMorgan’s blockchain platform. At this time, Zcash jumped to the top 10 of cryptocurrencies ranked by market cap. However, as time passed and Bitcoin started to take over the market with a parabolic move in late 2017, Zcash returned to the previous values and even descended slightly lower than before.

Its third period in price development is characterized by high price correlation to Bitcoin, where Zcash mirrors Bitcoin’s movements to a high degree, both in direction and intensity.

In early 2021, the entire crypto market began to expand quickly. Zcash wasn’t an exception. Its price has exceeded the $350 mark on May 12. However, in the following days, the price declined. As of May 20, 2021, Zcash is the 61st largest cryptocurrency by market capitalization, with a market cap of nearly $2 billion and a ZEC price of $178.

Unlike many other cryptocurrencies that don’t have a clear direction in terms of what they are moving towards exactly, Zcash’s team has a set goal. This makes cryptocurrency development less of a factor in its price direction in the future. However, when one factor’s effect is minimized, other factors’ effects are maximized. This brings us to such topics as use cases and regulation of privacy coins.

When it comes to discussing use cases, we saw Zcash skyrocketing in mid-2017 on great news regarding its adoption. Judging by this scenario, any huge company adopting or even acknowledging Zcash’s potential could provoke significant price growth.

The major factor at play in the following years is none other than the regulation of privacy coins. Governments all across the globe are not particularly fond of complete anonymity in any form, especially when it comes to transactions. This leads to great uncertainty in the privacy coin space, where many cryptocurrencies with privacy features try to pivot and classify themselves as regular cryptocurrencies rather than as “privacy coins.” One of the largest crypto exchanges decided to delist Monero, Dash, and Zcash cryptocurrencies (all privacy coins) from their platform due to regulatory concerns.

The only way we could see Zcash break out of high Bitcoin correlation and skyrocket in price is if it reaches some form of adoption, which needs to be preceded by regulatory acceptance (or at least certainty that there will be no restrictions when it comes to transacting privacy coins).

Zcash will most likely stay highly correlated to Bitcoin until the end of 2021, as there were no signs of major regulatory changes to privacy coins. However, some exchanges (such as the aforementioned exchange that delisted privacy coins) started delisting cryptocurrencies with privacy features, indicating that Zcash could possibly underperform Bitcoin. When it comes to exact price predictions, Zcash will most probably move in the price range of $180-$220 by the end of 2021.

When it comes to its mid-term price movements, we have to take into account that the post-pandemic years will most certainly boost the world economy. This makes Zcash’s mid-term outlook much brighter, as a recovering economy could bring new players to the market, therefore boosting innovation and possibly the adoption of Zcash. Moreover, the covid-related financial crisis has already brought new investors to the cryptocurrency sphere. Most analysts believe that Zcash will move between $400 and $600 around 2023.

Looking at it from the current standpoint, Zcash has much room to grow, and 2025 could be the year where Zcash reaches $1,000 once again. However, the regulatory framework regarding cryptocurrencies with privacy features plays an even bigger role as time passes, simply due to the fact that countries around the world have more time to regulate certain aspects of anonymous transfers. If such a thing happens, Zcash even has the chance to nearly disappear as its protocol offers fewer non-privacy-related features than other privacy coins.

How to Buy and store Zcash

Zcash is available on various major cryptocurrency exchanges. When it comes to storing ZEC, Zcash holders have many options to choose from including hardware wallets, iOS, and Android-based wallets, and web wallets, too. Zcash can be stored in a multicurrency Freewallet app or you can choose a dedicated Zcash wallet by Freewallet. More than that, if you wish to buy some Zcash, you can swap other coins in exchange for ZEC via Freewallet, too. 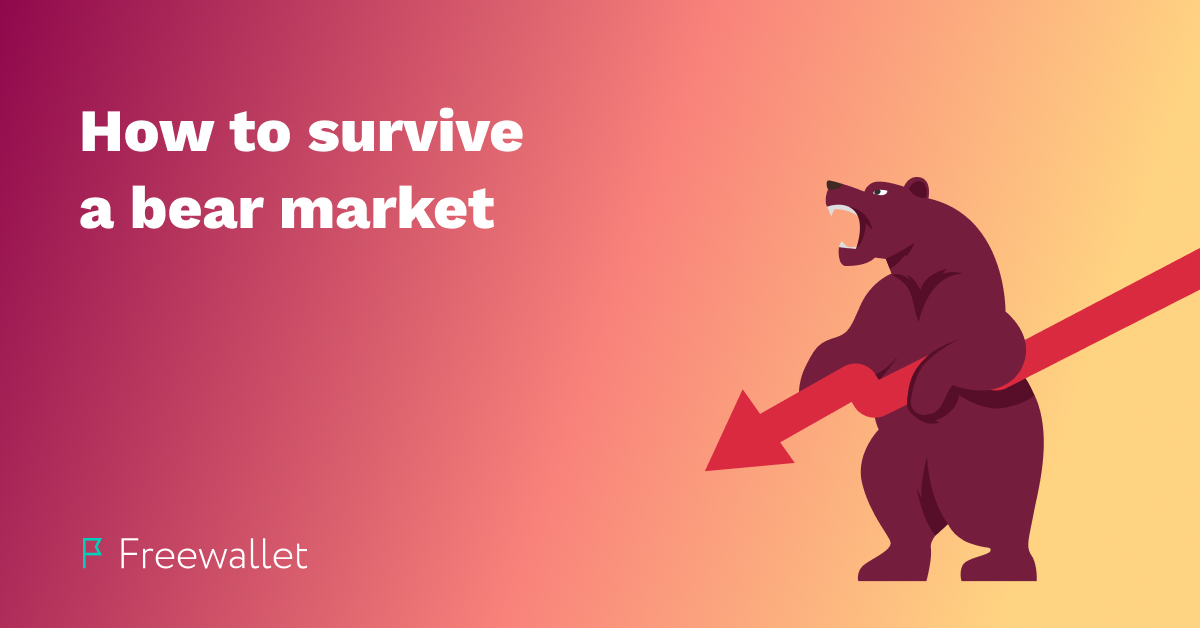 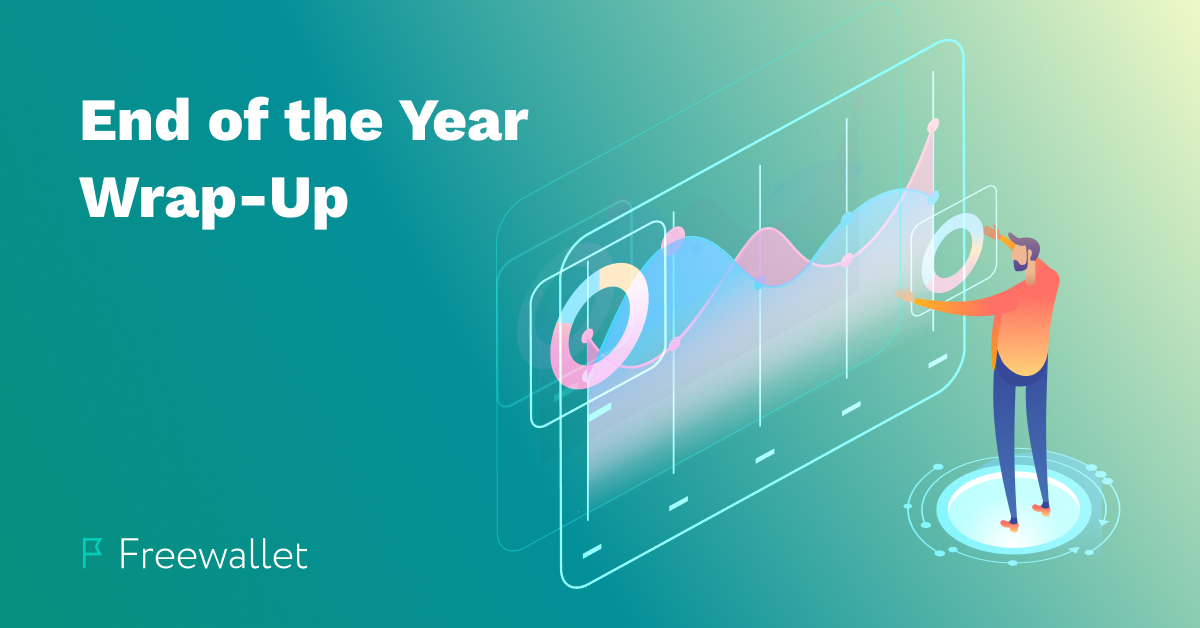