In the west, the South Korean economy is often included as one of the Four Asian Tigers, a group of four Asian countries that managed to undergo rapid industrialization and maintain their economic growth. 20th century development in South Korea occured on such a remarkable scale that it has been termed the “Miracle on the Han River,” echoing the term denoting the likewise remarkable post-war economic rebirth of Germany. As time has passed, South Korea has not only held onto its place in the global pecking order as one of the world’s top 20 economies, but also shown an adaptability that has seen it emerge as one of the most innovative economies in the world.

Bitman is the largest crypto community in Korea with more than 465 thousand subscribers based on the Naver café platform. It’s the biggest South Korean social network for investors and people interested in crypto; a place where they can share information, take part in discussions and discover the latest news.

What do you think about the crypto industry in Korea now?

The korean crypto industry is not a very large-scale market because just three years ago only crypto enthusiasts knew about crypto. However, after the bitcoin boom in late 2017 and the subsequent mass media publications about it, crypto projects began to emerge one by one as well as related communities and media outlets.

Therefore, Korean crypto industry only started to develop 2-3 years ago and I think currently the Korean market is in its early stages. So, as far as I’m concerned, it’s still too early to evaluate the Korean market, we need to wait for it to get organized and grow more.

Korea, along with many other countries, is facing a serious crisis due to the coronavirus. KOSPI (The Korea Composite Stock Price) Index which prior to the outbreak was hovering above the 2200 mark dropped to 1400 in March.
How did economic shock caused by the coronavirus affect Bitcoin? If we compare KOSPI with Bitcoin’s market price we can see that there was a rebound on March 19 and March 23, when KOSPI hit rock bottom due to COVID-19. Investors looking at steep drops in the stock market sought other paths of investment. I think that in this situation Bitcoin, which has been seen as a rather risky asset up until recently, acquired a new image, that of a safe asset that can help to avoid an economic crisis.

This economic shock has had an impact even on gold which was considered one of the safest assets and now is losing its positions while Bitcoin is rising. I think after the stabilization of the situation around coronavirus we may see Bitcoin growing more.

Do you consider it good that Korea is about to legalize crypto? How is it going to affect the industry in Korea?

Not long ago the Korean National Assembly passed a law on cryptocurrency regulation. According to this law cryptocurrency exchanges in Korea will only be able to operate after gaining government approval in accordance with strict certification requirements.

Recently there was some news about the Bank of Korea considering issuing a blockchain based digital currency. I think it’s a good example of the Korean government’s positive view on the need for a blockchain based cryptocurrency.

What problems do crypto users face in Korea?

Many Koreans are still strongly convinced that cryptocurrency is an “outside investment instrument.” I think this perception makes people focus on the market price without looking at the technologies and vision behind projects.

Moreover, even though some exchanges have bank accounts, others remain legally and systemically unorganized, with regulations preventing them from adding new users.

In order to solve this problem exchanges must have more transparent and secure operating systems and blockchain projects that can be commercialized must be created consistently. This way it will be possible to create the right conditions for the current economic system to get familiarized with cryptocurrency and coexist with it.

Because of such problems there are dangers of confusion and illegal usage. That’s why we at Bitman try to approach investors interested in crypto in order to help each other spread true, useful information and know-how.

Is there anything that makes the Korean cryptocurrency industry different from the rest of the global market? Is it more prevalent for Korea to cultivate its own crypto path or follow worldwide trends?

Korea used to follow worldwide crypto trends but as time goes by it seems to be creating its own independent market.

For example, Korea already has cryptocurrency exchanges like Bithumb, UpBit etc. which are based on outstanding systems. Moreover, there is an ever growing number of Korean crypto media outlets that allow us to know the latest news without having to use Twitter or any foreign media. Korean investors can solve most of their needs using resources within the Korean industry and gradually are losing interest in using foreign services.

Also, there is a common trait shared by many Koreans of being able to concentrate particularly well and react quickly which can be seen in the Korean cryptocurrency market and, over time, help it to distinguish itself from foreign markets. The Korean market has grown rapidly in a short period of time and already has a great influence on the global market. I think in the future Korea will continue to be one of the leading countries in this industry.

What do you think about Korean crypto exchanges? It is often told that they have problems both with security and financial stability. Is it that bad and Korean exchanges should find ways of increasing their credibility or is it exaggerated?

As you know, Korea is a world-class IT powerhouse, and Korea’s cryptocurrency exchanges also have superior security technology compared to other countries.

Since exchanges are also making large-scale efforts to prevent cryptocurrency from being used for money laundering or criminal activities, there seems to be no need to worry about the security problems of Korean cryptocurrency exchanges.

What do you think, how will the opening of Binance KR impact small local exchanges?

Korea has an advanced IT industry. We prefer using Hangul Office rather than using MS Word, and even large IT companies like Yahoo and Amazon haven’t gained success in Korea that easily. We have specialized Korean exchanges as well so it is important for Binance to understand the Korean community well and provide it with a service that will correspond to its needs in order to be successful in Korea.

In addition, Korean crypto investors consider earning rates to be very important and tend to stick to the services they already are familiar with. So even if Binance starts a fully operational Korean service it will take time for it to be able to influence the Korean market.

Looking deeper into the Korean crypto industry, we face rather a modest crypto wallet market. Does it mean you concentrate more on local use instead of trying to compete with the Western analog products?

Korea is a country where we can put our belongings on a table in a café and leave because we have an extreme trust in public order and safety. That’s why Korean users don’t think it’s dangerous to keep their assets on an exchange. Maybe they think that personal wallets are even more dangerous because they can lose one accidentally. Maybe that’s the reason why the crypto wallet market is not that developed in Korea.

Does crypto have the potential of being applied in Korean businesses outside of the cryptocurrency market? How difficult is it for the retail market to integrate crypto into its payment system?

One can easily buy lots of things using cryptocurrency in Korea. You can buy drinks or snacks in Korean convenience stores. Even Samsung, which is a Korean conglomerate, has a cryptocurrency wallet preinstalled in their smartphones.

Are blockchain games popular in Korea? What is the most famous crypto game among Korean users?

I can’t say that blockchain games are a thing in Korea yet.

Thank you for this interview. Would you like to add anything, addressing the Freewallet community?

First of all I want to thank you for your interest in Bitman and for this interview. Bitman is Korea’s leading cryptocurrency community with more than 460,000 members and tens of millions of views monthly. We are always open to cooperation with promising foreign projects and you can always contact us if you want to let Korea know about your project. 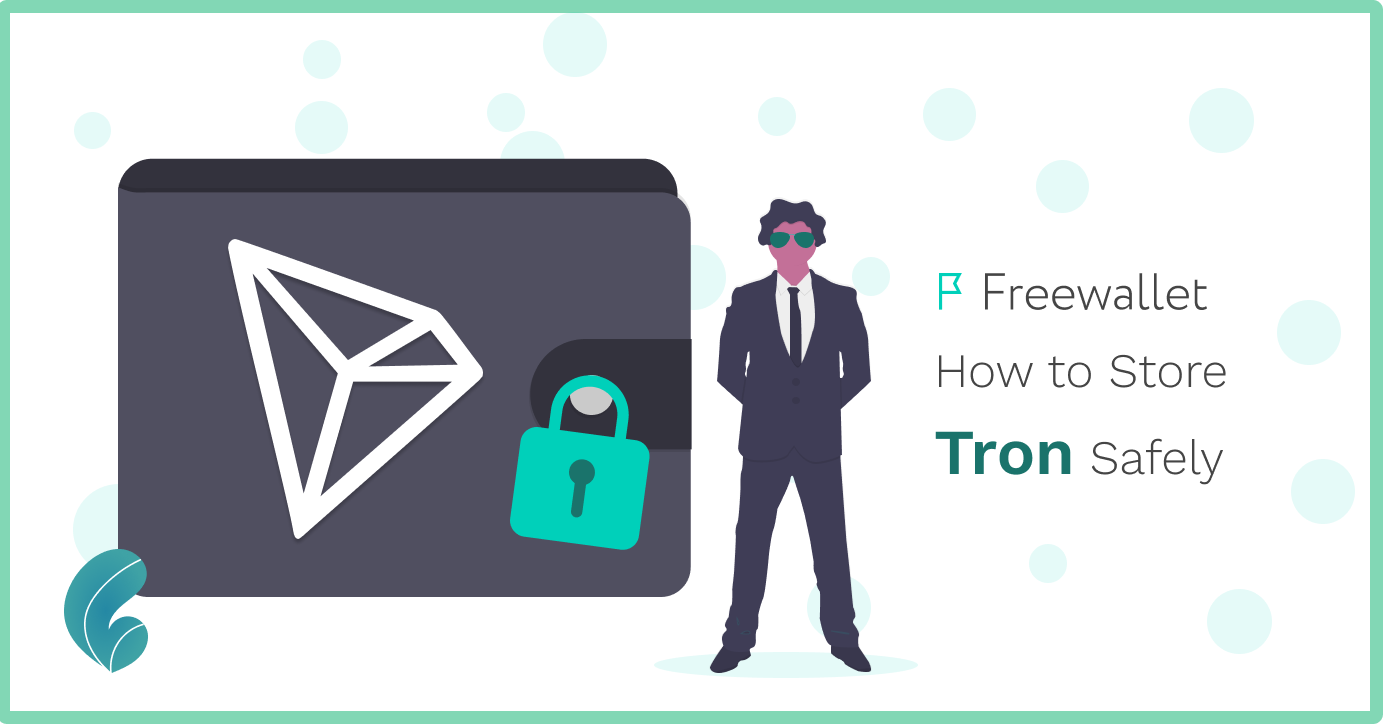 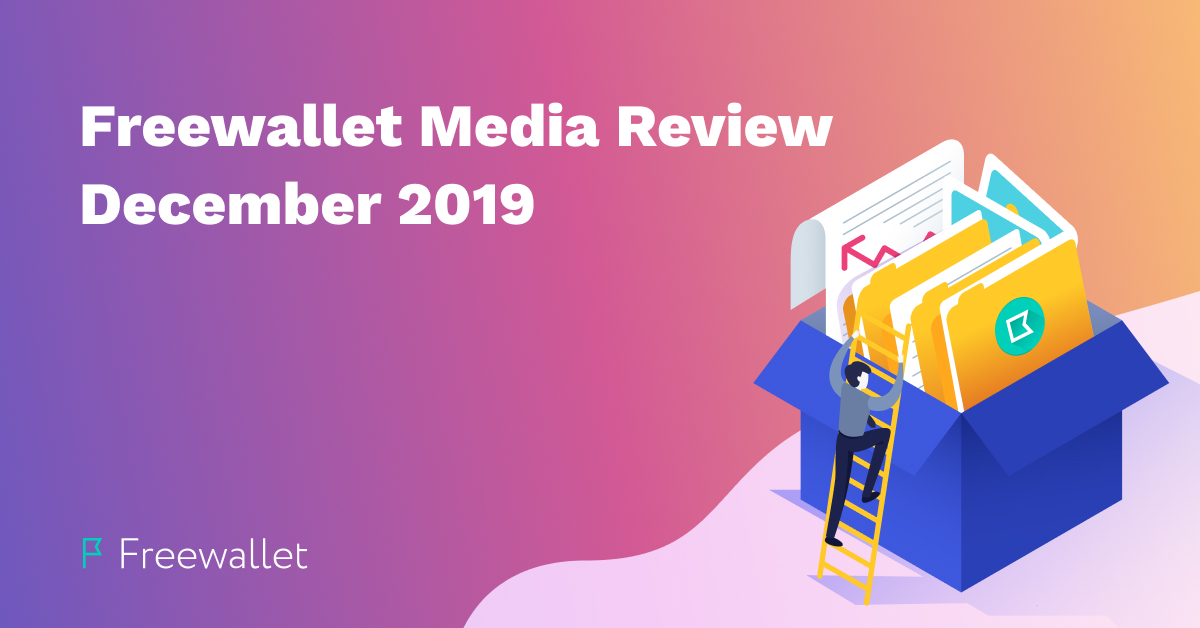