Cryptocurrency predictions and forecasts for 2020 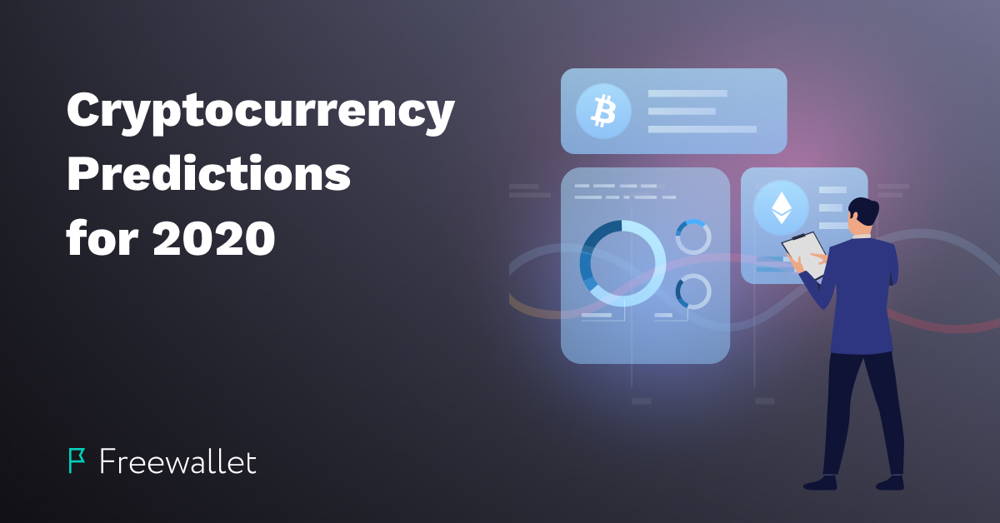 2019 was an interesting year for cryptocurrencies. The market finally exited the bearish trend that started in the previous year and began slowly restoring itself, the long awaited Bakkt project didn’t change the game much and Facebook spent the year fighting against the authorities and governments around the world to launch Libra. Now we are waiting for next year and wondering what 2020 holds for us. Here are the main cryptocurrency trends and predictions for 2020.

Bitcoin halving may pump the price of BTC and alts

One of the confirmed factors that can increase the price of BTC is the so-called “Halving." In May 2020 the reward for miners for the block will be halved from 12.5 to 6.25 BTC. Since miners are the ones who bring new Bitcoins to the market, the supply growth will be halved, therefore, the price will most likely increase.

According to the Grayscale investment company previously, Bitcoin has always gone up after a halving event. The original cryptocurrency showed some positive growth about a year before halving, and a year later it reached its peak price values. In 2013 the value of Bitcoin increased by 12000%, and in 2017 - by 13,000%. But usually the rises have been followed by recessions wherein Bitcoin has lost a lot of ground. 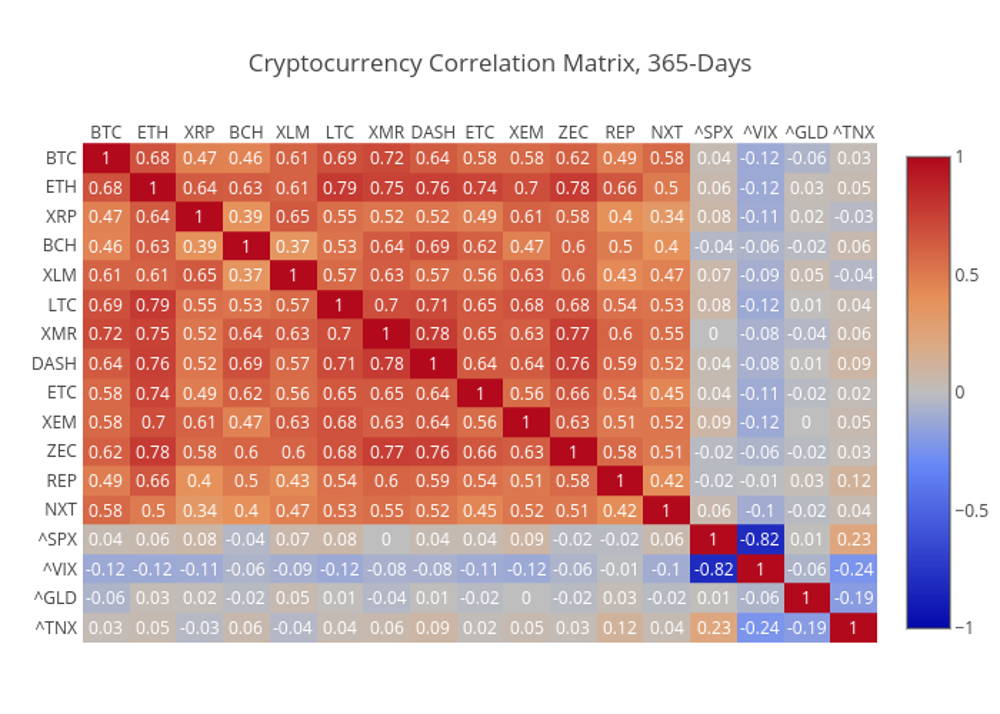 Other top cryptocurrencies have followed suit. Many analysts have repeatedly talked about the dependence of altcoins on the price of BTC. But this correlation decreased from 89% to 58% in 2019. A positive correlation index implies that the pair will always move in the same direction. A correlation index with a minus sign means that the pair will always move in the opposite direction. If the index is 0, this indicates that there is no linear relationship between them. So it is still difficult to predict accurately what impact the halving in 2020 will have on altcoins.

Libra is going to enter the market

In late May, Facebook announced that it will launch its own cryptocurrency-based payment system, called Libra, in 2020. The service will allow users to pay for goods and services, as well as make money transfers, directly through social networks - similar to WeChat. Facebook worked with major payment and cryptocurrency companies including Coinbase, Visa, Mastercard and other giants like Uber, Spotify and Vodafone to put Libra together. 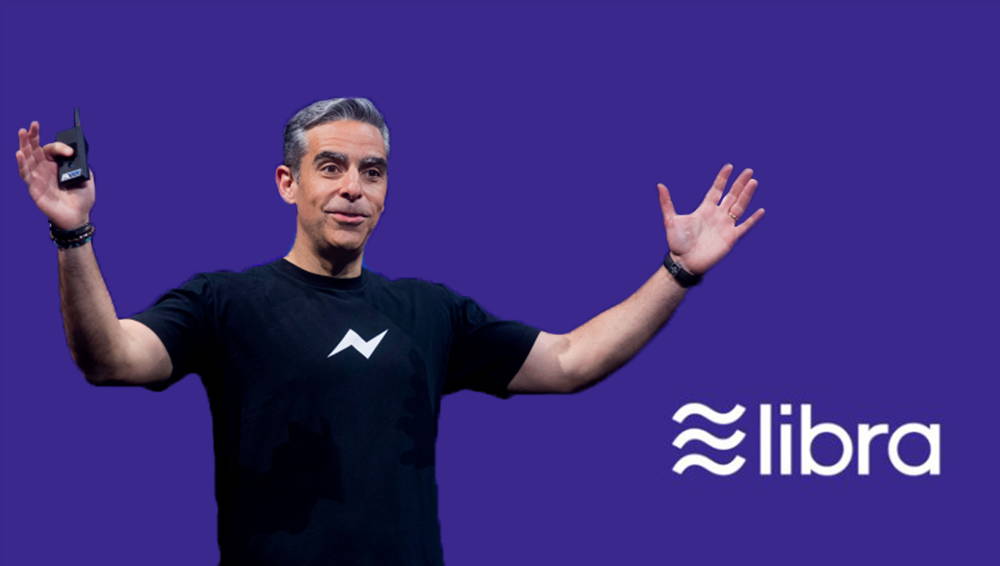 However things didn’t turn out so well for Libra. Authorities have a lot of concerns about the Facebook cryptocurrency and in their speeches have portrayed it as something that could harm the global financial system, interfere with sovereign monetary policy and even be used as a tool for money laundering.

A few members - including PayPal, MasterCard and Visa - left the Libra Association, the non-profit organisation tasked with coordinating node validators to create a secure network.
The EU ministers of finance are against the use of stablecoins in the EU. The case also concerns Libra.

“No global stablecoin arrangement should begin operation in the European Union until the legal, regulatory and oversight challenges and risks have been adequately identified and addressed”

Anyway, Facebook still plans to reach an agreement with regulators and launch their network in 2020. They have already launched the mainnet in a testing mode with 7 active nodes and 34 active projects within the system.

The increasing popularity of DeFi

A new trend in DeFi, aka Decentralized Finance, has livened up the cryptocurrency industry. The main principle of DeFi is the creation of a decentralised system of financial services available for everyone. Moreover, the services don’t need permissions from a central body. Also, the user of decentralized financial services acts as the custodian of people’s money and completely controls the assets. In addition, financial transparency plays an important role here – all information must remain confidential at the customer level, while at the market level, all data must be transparent. 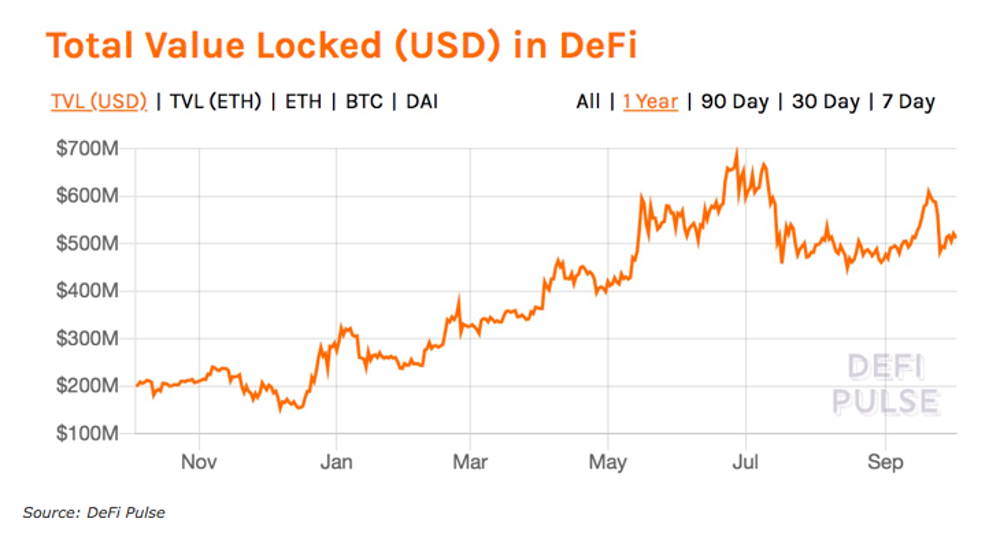 Today the major part of DeFi projects are built on the Ethereum network and worth USD 500 mln. in total. These projects offer lending/borrowing services, margin trading, buying derivatives, etc. and work as typical financial services but without unnecessary intermediates. One of the most popular DeFi services is MakerDAO and its DAI stablecoin. The project allows users to borrow money (stablecoin DAI) through collateralization.

The next year the number of DeFi projects and its overall popularity may increase. In just one year, the value of locked assets in DeFi doubled to $500 mln. and as a result DeFi become a new buzz word in cryptocurrency sphere.

Fidelity, one of the largest investment companies (operating profit of $ 2.5 trillion), recently surveyed 441 institutional companies including pensions, family offices, crypto and traditional hedge funds, financial advisors and endowments/foundations regarding crypto assets. It turned out that 22% of them already own digital assets, and another 47% plan to include digital assets in their portfolio in the near future.

“We’ve seen a maturation of interest in digital assets from early adopters, like crypto hedge funds, to traditional institutional investors like family offices and endowments”

The foundation for institutions has been laid thanks to Bakkt, Fidelity Digital Assets and other services with institutional solutions for custody and execution. They believe that the cryptocurrency market is still suffering from fraud and regulatory problems. These black markets were keeping many traditional traders away from the space for now. But Fidelity plans to change this paradigm.

The most interesting coins to watch in 2020

The internal currency of the Binance exchange has grown by 124% this year and entered the top 10 cryptocurrencies just in a few years. The coin is developing in giant strides, adding new use-cases for the currency at a fast pace. First, it was used only to pay platform fees with discounts. Then that was followed by the ability to participate in IEOs and DEX key trading asset.

Today, Binance is actively working on offerings connected to BNB. Each new product they put out, such as the DEX or IEO platform will increase BNB use cases and adoption, leading to price growth. Each new market and country entered by Binance will expand its customer base and get more people to use BNB.

Freewallet has already done an analysis of Binance Coin and its main growth factors. To learn more read our long term prediction for BNB coin on our blog.

LINK is a super-star of 2019 because in just about half a year it has increased in price by 1000%. ChainLink is a decentralized oracle system which aims to connect smart contracts and real world data. The coin has managed to outperform many other cryptocurrencies in growth thanks to its hardworking and passionate team.

Chainlink has worked together with various companies including Google, SWIFT, etc. They have teamed up with other blockchain projects and helped them integrate their technology into smart contracts. These projects include Web3/Polkadot, Hedera, MarketProtocol and others.

The value of the LINK token depends on the number of node operations in the network. So the more people that use ChainLink the more expensive the cryptocurrency becomes. The team believes that the full price potential of the coin will materialize with the launch of a fully working product.

Ethereum is definitely a coin you should watch the next year. The number two cryptocurrency which brought us numerous ICOs, smart-contracts and Dapps is going to change its algorithm and move from PoW to PoS.

During 2020 Vitalik Buterin’s team is going to implement several updates which will move Ethereum closer to Ethereum 2.0.

Ethereum has always been criticized for its lack of scalability and low transaction speed. Especially, compared with its fast and scalable competitors EOS and TRON. However, EOS has already admitted that they had to sacrifice full decentralisation for faster transactions, and Ethereum seems to be determined not to follow in their wakes.