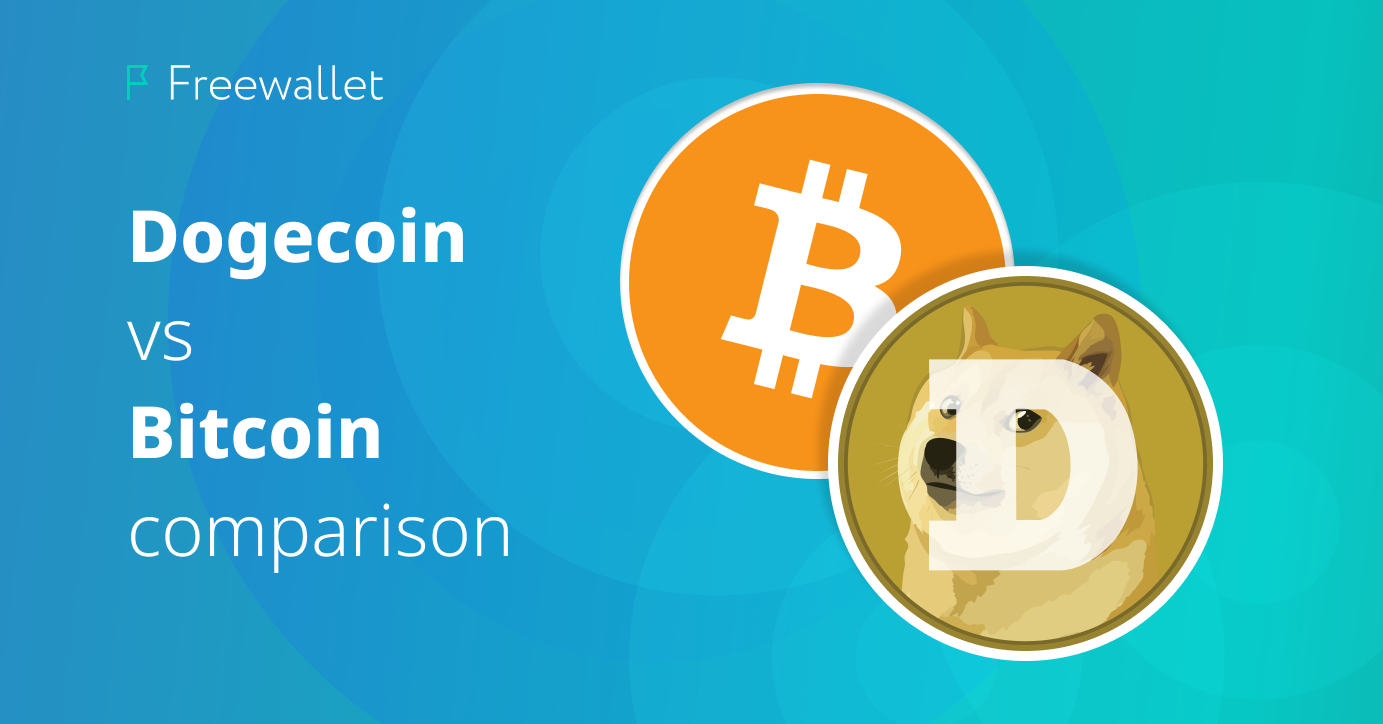 In this article, we will make a comparison between two the most popular cryptocurrencies: Bitcoin and Dogecoin.

While the popularity of Bitcoin owes obvious reasons, Dogecoin became popular as the top memecoin in the market.

This Dogecoin vs. Bitcoin comparison will help you discover that Dogecoin is experiencing major changes. In the end, those changes make this cryptocurrency more credible. So, let’s start comparing these two cryptos, extremely different from each other.

Dogecoin vs. Bitcoin: A table to easily grasp the main differences between Bitcoin and Dogecoin

What is Bitcoin (BTC)

Bitcoin is the first cryptocurrency ever created.

It was born in 2008 and released for the first time in 2009, with the purpose to give people an alternative payment method and a new way to manage and control personal finances.

Born as a reaction to the global crisis, its creator — Satoshi Nakamoto — took inspiration from the main ideas of the Cypherpunks, a group made up of cryptographers who wanted to protect people’s privacy in the surge of the digital world.

Bitcoin, due to its limited functions, was almost immediately perceived as a store of value, with the advantage of not being controlled by any centralized institutions and having no central authorities.

This made the initial buyers keep it for themselves, and this largely contributed to the rise of its price, combined with its scarcity and the support of a tamper-evident system that also solved the double-spending problem.

What is Dogecoin (DOGE)

Initially created as a sort of joke to show skepticism towards what was considered by Palmer as a hyped world, Dogecoin was able to enjoy massive support and even success.

Created in 2013, the strength of this memecoin based on the popular Shiba Inu mascot lies in its strong community: it was meant to introduce a positive environment where participation would be rewarded with the crypto, and would fascinate celebrities like Elon Musk in the future.

This led the coin to have its own blockchain, the support of Vitalik Buterin and a part in major non-profit projects.

Taking into account our first table, let’s see in detail what the main differences between DOGE and BTC are.

Bitcoin is the first cryptocurrency in the world: it first appeared in 2008, when Satoshi Nakamoto announced his project via the electronic message to the subscribers on the mailing list of Cypherpunks. The world had to wait until 2009 to have the possibility to buy the first Bitcoin.

Dogecoin was born in 4 years: in 2013, the idea of this currency occurred to Jackson Palmer who was observing the new trends but expanding technology with a certain degree of skepticism.

Jackson Palmer had the Dogecoin idea, and he was also very good in promoting interest around the project and arranging a social media presence. On the other hand, the developer Billy Markus wanted to create a cryptocurrency but did not have right marketing skills. The two met online and started working together on the DOGE project.

We don’t know much about the creator of Bitcoin, we don’t even know if in reality this name covers a group of people. But Satoshi Nakamoto was the name referred to in the mailing list as well as the name that gained prominence on Bitcointalk forum.

This is one of the main differences between Bitcoin and Dogecoin: BTC had a limited and scarce supply, while DOGE had an unlimited supply, with a total number that already reached over 132 billion DOGE.

It’s one of the main reasons boosting the rise of the BTC price — and if you analyze Dogecoin’s vs. Bitcoin  market cap, you’ll realize that even with the larger amount of DOGE in circulation, Bitcoin is always the first cryptocurrency by market capitalization.

Both BTC and DOGE use Proof-of-Work (PoW), but Dogecoin is going through a major change.

The news that Dogecoin is moving to Proof-of-Stake (PoS) is very recent, and the person who is supporting this migration is Vitalik Buterin, founder of Ethereum.

Bitcoin is the first cryptocurrency, and actually the first to implement the blockchain technology we’ve got used to  — even if the subsequent cryptocurrencies also created their own blockchain, with different features.

Dogecoin, although it now has its own blockchain, was born as a fork of Litecoin, using its consensus mechanism.

Main purpose of the cryptocurrency

Being a memecoin, DOGE was mainly created as a funny token, used to reward people who supported the whole community and project, especially on social media, and this influenced the increasing importance of the crypto.

Bitcoin was born with the aim of creating a new payment system and a new way to store money.

The absence of support for smart contracts has always been a limit of Bitcoin if compared to the second top cryptocurrency by market capitalization, Ether. But developers are working on improvements to remove this limit — like the Taproot Upgrade.

How many transactions per second can these two cryptocurrencies have?

Dogecoin is faster than Bitcoin, with about 33 TPS vs. the 5 to 7 transactions per second for what concerns BTC.

Bitcoin, using PoW, can’t be staked — but traders and investors can still earn interests thanks to lending services.

Dogecoin doesn’t support staking, but its migration to PoF will make this feature available also for the memecoin.

This is a weakness of Bitcoin: according to data collected by Statista, Bitcoin will consume 2264.93 kWh per transaction in 2022.

On the other hand, and this is a strong advantage of Dogecoin in this Dogecoin vs. Bitcoin comparison, DOGE consumes 0.12 kWh per transaction according to the data of TRG Datacenters. Dogecoin is one of the most environment-friendly cryptocurrencies, even if we consider Dogecoin vs. Bitcoin mining — and it seems that Elon Musk is working with DOGE to further improve this characteristic of the crypto.

BTC vs. DOGE – Pros and Cons

How to buy and store Bitcoin and Dogecoin on Freewallet

If you want to buy Dogecoin or Bitcoin, you can easily do that on Freewallet by using more than one method.

#1 – From the Freewallet homepage

On the homepage of Freewallet you will find an easy-to-use interface to buy DOGE or BTC.

That’s all you need to do:

If you’re interested in Dogecoin, you can use the dedicated wallet offered by Freewallet to buy, send, and sell DOGE.

These are the advantage of the DOGE wallet:

If you’re more interested in BTC, also Bitcoin has a dedicated wallet that you can easily download:

This was our comparison of DOGE vs. BTC, whose purpose was not to tell you which is better, but to highlight some key differences — also reflecting how multifaceted the crypto market is. Bitcoin is the first currency in the world and the crypto with the highest value and market capitalization; while DOGE is the top memecoin, experiencing changes that are increasing its credibility. 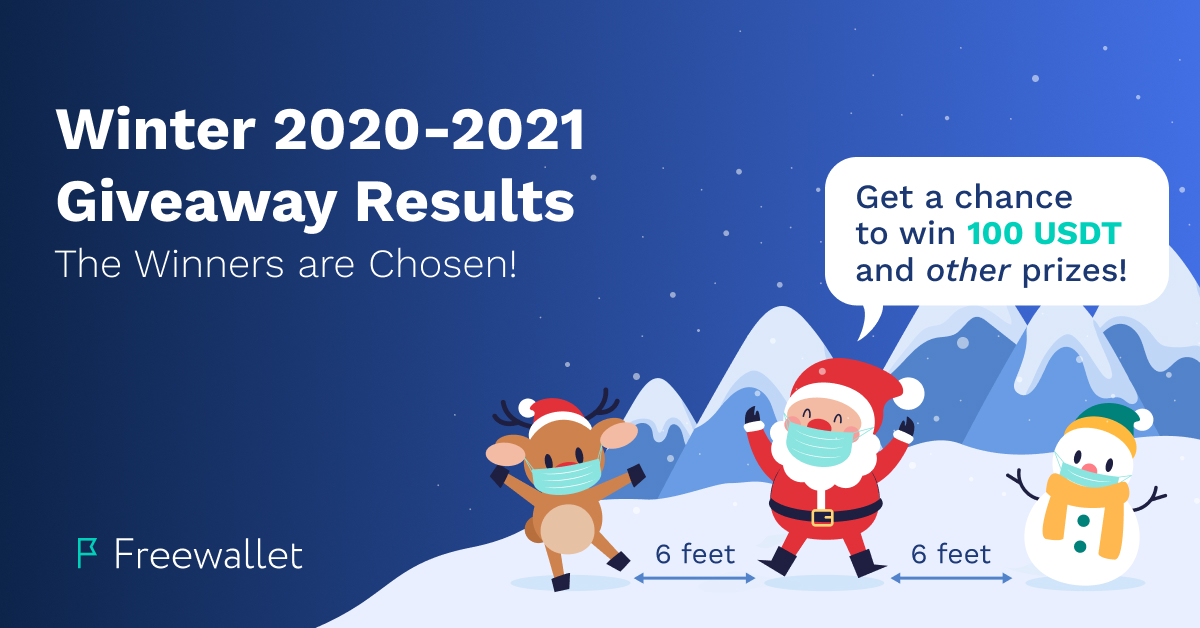 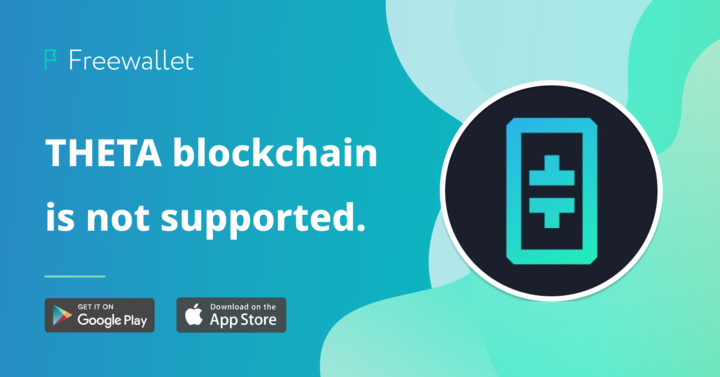 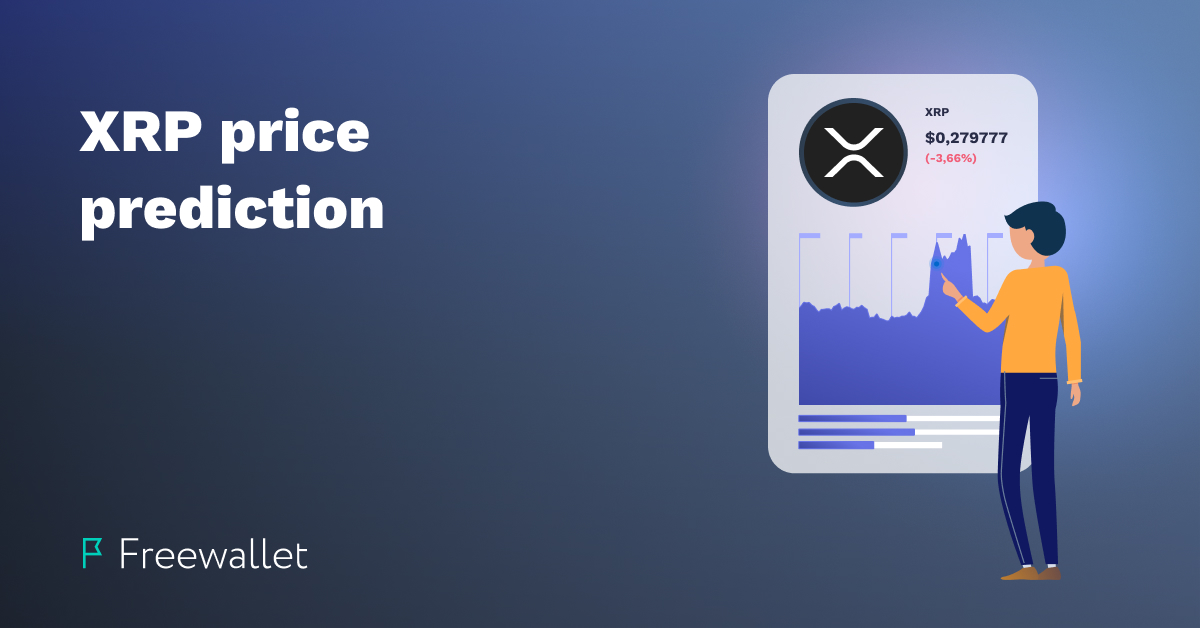 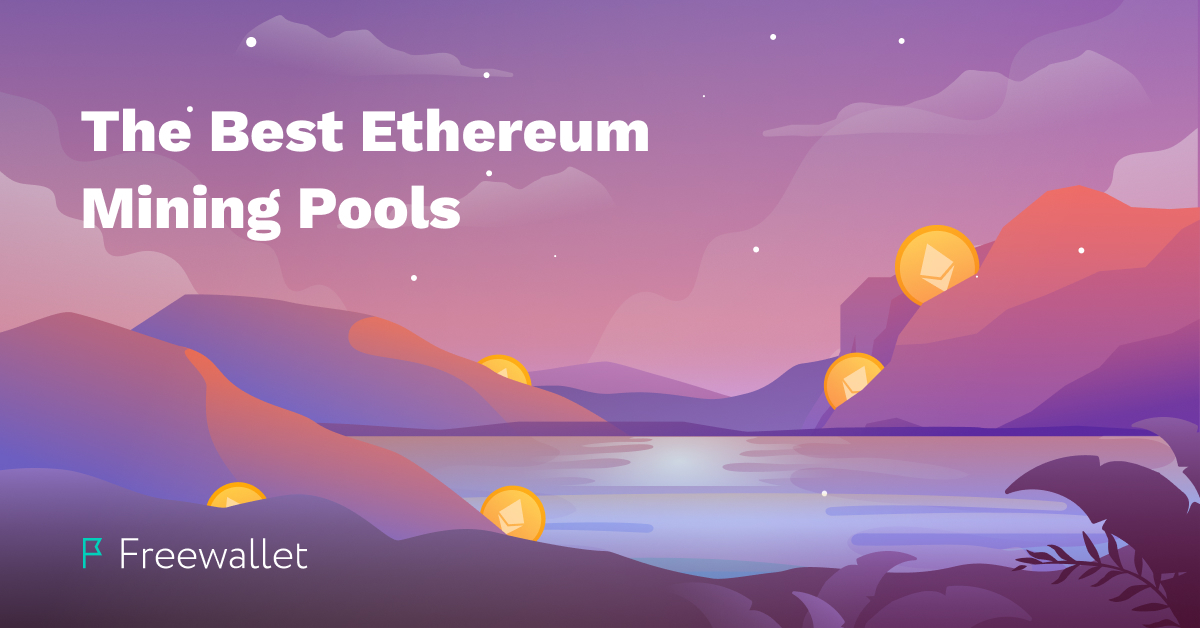