How to start mining: initial capital, mining gear and infrastructure 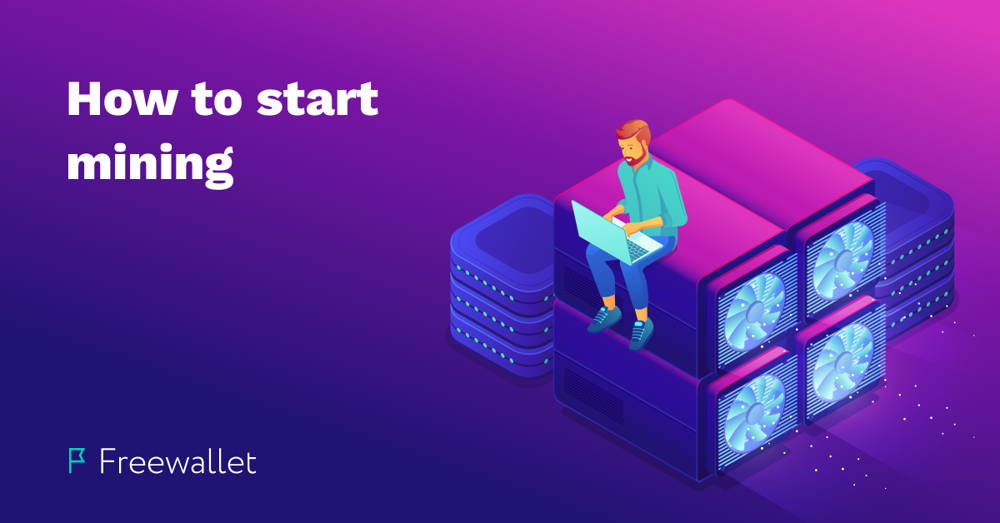 Want to try out mining but don't know how to start? Here's our guide on how to start mining in 2019 including mining gear, places to mine and various nuances.

This question has already been partially answered. The real answer, to put it simply, is that you can mine crypto any way you want:

What gear do you need to start mining?

What kind of mining infrastructure does a miner need to set up? Maybe a video card, a cooling stack, an account with a mining pool, a crypto wallet — anything else? Basically, that’s all you need.

1. Gear – right now if you want to mine Litecoin, Bitcoin, Dash, Siacoin or any other altcoin – you’ll need to use ASICs (application specific integrated circuit) – special miner gear developed and produced to mine certain cryptocurrencies. ASICs can release a lot of heat, so don’t forget about equipment to cool everything down. Something like an industrial fan or special coolant should do the trick.

Here’s a little history for you to understand how mining gear has changed over time: at first mining was carried out exclusively by computers, simple and efficient. But the urge to make mining more and more profitable, the gradual influx of miners, and, eventually, the increase of Bitcoin’s mining complexity (a built-in setting in the BTC protocol) – made miners realise that there has to be a better way to go about doing things. As a result, they started using video cards. Then growth continued and miners had to pool these cards together thus making a mining farm. Soon there were people owning several, dozens, hundreds of farms. This led to computer gear production companies starting to issue ASICs. Ta-dah!

2. A membership with an online mining pool, which is a community of miners who combine their computers to increase profitability and income stability.

3. A membership with an online currency exchange, where you can exchange your virtual coins for conventional cash, and vice versa.

5. Once you start mining (by yourself, with the help of a mining pool or using a cloud mining) you’ll need a wallet to store your mined crypto. It can be a hardware wallet or a custodial service like Freewallet to manage your cryptocurrencies fast and protect them with multi-layer features including cold storage.

In my opinion, the most important thing is personal curiosity. You absolutely need an appetite for reading and constant learning, as the technology behind all of this never stops changing and new techniques for optimizing coin mining results are always being developed. The most successful coin miners spend hours every week studying the best ways to adjust and improve their coin mining performance.

You are definitely here to make some income, if you go into a crypto-mining race. You need to weigh the costs you’ll have to face (electricity, gear, taxes, fees). There are many factors you need to consider when calculating mining profitability.

You mining gear will definitely consume plenty of electricity. You need to find out the exact power consumption of your equipment to calculate how much it will cost. This information can be figured out easily with this list. In addition, you should consider your electricity rate. Do you even know how much do you pay per kilowatt? Take a look at your monthly electricity bill, this information should be there.

The price of cryptocurrency:

Your profit mostly depends on the price of cryptocurrency. At the beginning of 2017, when the price of Bitcoin was around $700, the profitability per ASIC or farm on video cards was $9 and $7, respectively. At the end of the year, when the exchange rate was $19000 per Bitcoin, the yield reached record levels of $50 and $40 per day. Today, the situation is different, the price of BTC is about $4000 but the mining difficulty has increased, resulting in less profit.

Besides the price of the coin, you should consider mining complexity. Mining complexity (for BTC) is growing exponentially, so your gear has to be updated regularly. Otherwise, you won’t be able to mine effectively. Basically, it is a number that represents how hard it is to mine a cryptocurrency. It depends on how many people are mining, their total hashpower, and the time it takes to find a block. Top coins like BTC and ETH are highly competitive today, so you’d better pick other cryptocurrencies like DGB or Zcash. Check our guide on how to choose a coin.

Hash rate of the gear:

Ok, when you put all this information together you can find a profitability calculator. There are plenty of them on the internet. Just google it and choose the one which suits you best. We’ve collected a few examples for you to start with:

Minergate – a simple profitability calculator by the Minergate mining pool, you won’t get confused with numerous columns of data. It is great, to begin with.

Whattomine– a calculator featuring hundreds of coins. Here you can evaluate some rare coins that you can’t find on other calculators.

CryptoZone– complex calculator, where you can choose several mining devices from ASICs to Nvidia graphics cards.

Don’t forget to educate yourself. BitcoinTalk is probably the first place you need to visit for information. Besides, you can find tips and tricks on forums, communities, blogs and other resources like cryptominded.com or bitcoinmining.com.