The legal status of cryptocurrencies around the world 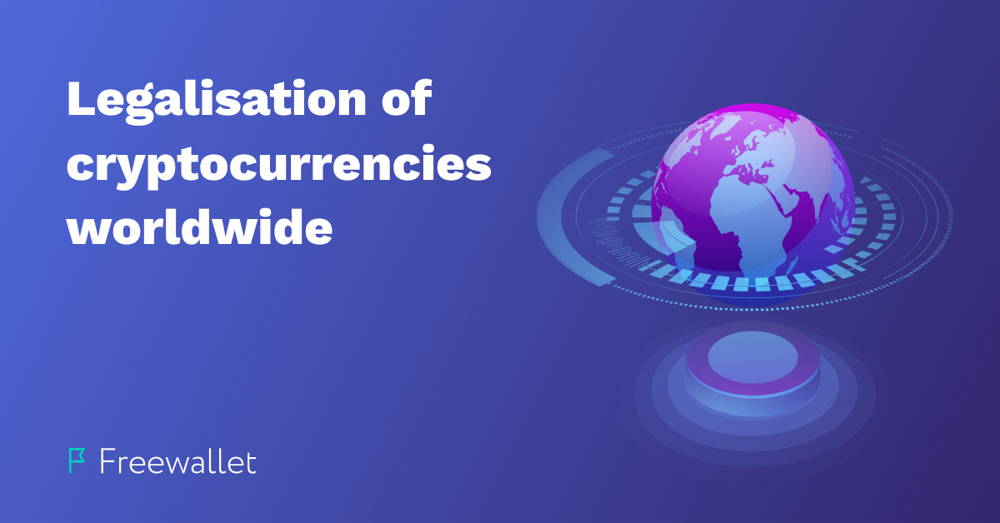 The main struggle for cryptocurrencies is a lack of regulatory infrastructure. Countries don’t even know how to categorize digital money. Should they be a payment method, a financial tool or a commodity? It leads to uncertainty regarding the legal status of BTC, ETH, XRP and other coins. Here’s our review of the legal status of digital currencies in Japan, the US, Malta, China, and other countries.

Japan is one of the most technologically advanced countries, so the acceptance of crypto was just a matter of time there. The country issued a special PSA (Payment Service Act) based framework which allows its citizens to use crypto exchanges and cryptocurrencies for payment and trading.
However, Japan banned anonymous coins like Monero and Dash. The main reason is to prevent illegal activities on the market. It happened after a hack of the CoinCheck exchange occurred, when authorities couldn’t track the hackers who stole anonymous NEM coins.

China is the biggest player in the crypto industry. According to Quartz, about ⅔ of world BTC mining resources are located in China due to low electricity prices and land rent. The biggest mining equipment producer BitMain is located there too.
However, Bitcoin and cryptocurrency trading are prohibited in China. There are no crypto exchanges on the territory of China and companies previously operating there have moved their ventures to other jurisdictions.
Today, China’s government might ban mining too. Recently, the National Development and Reform Commission of China has published a bill listing industries that should be supported, limited or banned. Mining was classified as an unsafe industry due to its excessive use of resources and having a harmful effect on the environment. So the current legal status of mining in China is vague.

The United States of America

The US is generally positive about Bitcoin and other cryptocurrencies. They are accepted as a payment currency by various retailers and services including Overstock and major technology companies like Microsoft.
Since 2015, crypto is classified as a commodity by CFTC and categorized as a property for taxation purposes by the Internal Revenue Service. For instance, the state of Ohio accepts tax payments in Bitcoins.
Money services and other businesses engaged in cryptocurrency in the US have to register with the U.S.FinCen as a money services business. They are required to keep records and make reports to FinCEN, including Suspicious Activity Reports (SARs) and Currency Transaction Reports (CTRs).

Malta may become the main hub for cryptocurrency and blockchain projects. Back in 2017, Malta’s prime minister announced that the national strategy for Malta is to become a country with clear crypto regulations to promote Bitcoin and blockchain development.
Despite the overall positivity, Malta applies strict rules concerning the regulation of crypto and blockchain businesses. About two-thirds of applicants fail to pass Malta’s cryptocurrency agency certification.
Previously, Malta attracted a lot of companies conducting ICOs. Since the Virtual Financial Assets Act (VFAA) has been applied, ICOs must prepare documents, like a detailed whitepaper that shows the project’s roadmap and outlines its feasibility.

Canada recognizes Bitcoin as a commodity. That means that income made by trading in the country is classified as a business income. The exchanges are seen as money services so they need to comply with anti-money laundering laws.
BTC exchanges need to register with Financial Transactions and Reports Analysis Centre (FinTrac) of Canada to report any suspicious transaction activity, determine if any of their customers are "politically exposed persons” and keep some records.
Banks can’t deal with companies engaged in cryptocurrency industry that are not registered with FinTrac.

Taking into account the number of cryptocurrency exchanges in the country, South Korea truly occupies a unique position. Koreans are extremely progressive in their recognition of cryptocurrency. The number and scope of blockchain-related events are growing. An example is the Korean blockchain week.
In terms of legalization, the government passed a number of strict rules regarding crypto trading. Only adults have the right to trade coins and only on registered exchanges. They have to use accounts with real names at a bank where the exchange also has an account.

Russia is the country which hasn't yet acted upon the status of cryptocurrencies. The Central Bank of Russia is against accepting cryptocurrencies, however, Putin has ordered that a legalization basis be laid out for cryptocurrencies, mining and ICOs. The legal framework should appear this year.
Despite the overall regulatory uncertainty, Russia is one of the leading crypto markets. The second largest digital currency ETH was created by a Russian – Vitaly Buterin. ICO as a form of fundraising was very popular among developers and two of the largest exchanges, Binance and Huobi, have offices in Moscow and St. Petersburg.