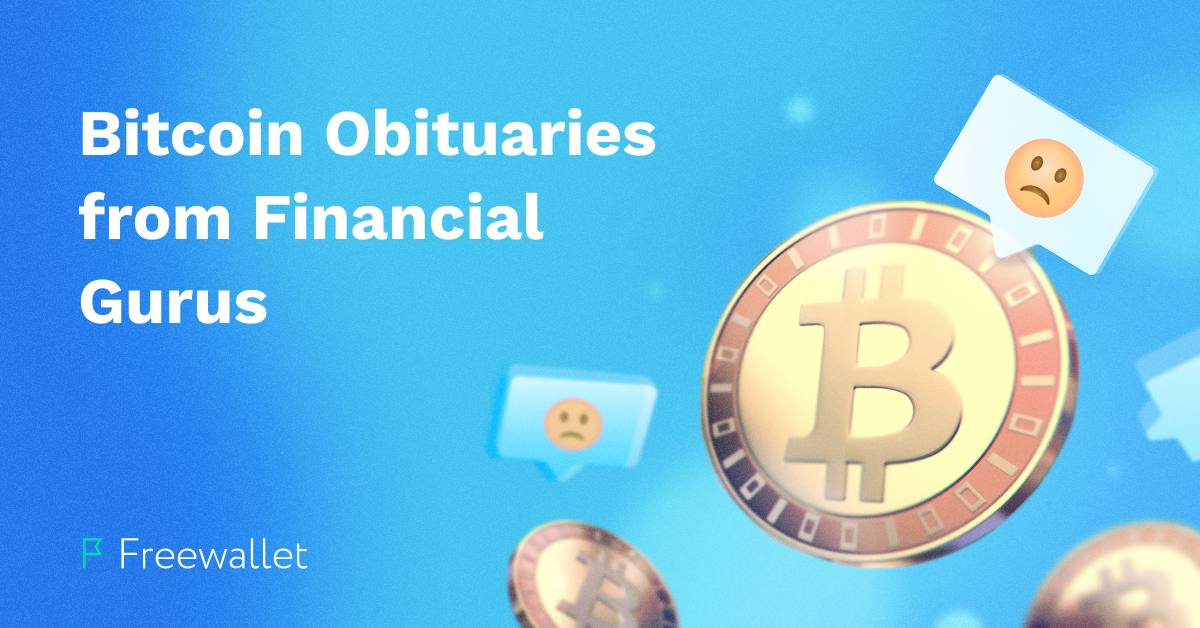 Bitcoin is dead, long live Bitcoin! This phrasing has been uttered on at least 390 occasions publicly since 2010, when Bitcoin first started gaining momentum, and by the likes of Warren Buffet and Jamie Dimon, no less. Bitcoin obituaries have been quite common throughout the currency’s decade-long life.

Yet, 2020 has proven the least bleak year for the cryptocurrency, as by the end of the year, the Bitcoin price updated its historical maximum value and moved to new heights. If one thing has become obvious, that is that Bitcoin may just be here to stay.

In fact, the death of Bitcoin has been called on only 11 occasions last year and this is a dramatic change from the skepticism that ruled 2017 and 2018 with 124 and 93 predictions about the currency’s demise.

Today we bring you the best Bitcoin obituaries which can serve as a lesson to us all of the unpredictability and potential of the world’s leading cryptocurrency.

One of the best obituaries is what Warren Buffet often has to say on Bitcoin. His stance hasn’t changed much over the years, and out of the world’s financial elite, he seems to be the one to have the fewest worries whether he is right about the currency’s real value. Last year, he spoke to CNBC and described cryptocurrencies and Bitcoin as “worthless.” Buffet reiterated a common investment trope, and argued that BTC has no actual value and that they do not produce anything.

As he put it flatly, “you can’t do anything with it other than sell it to someone else.” He went on to add that he didn’t own cryptocurrencies and that he would never will, hinting at a few potentially clandestine matters Bitcoin has been facilitating over the years.

Buffet didn’t actually give a specific timeline as to when Bitcoin may disappear, but he has repeatedly spoken out against it, when asked. So far, though, the world’s arguably smartest investor has fallen short of pinpointing this market.

Following Bitcoin’s 2017 debacle, many have predicted that the end was already in sight for the touted currency, but none of this has transpired. In fact, 2020 was Bitcoin’s strongest, and not least because of PayPal’s decision to make cryptocurrencies available to millions of vendors worldwide.

When you are the chief executive at JPMorgan Chase & Co, you are expected to keep certain appearances. To speak against Bitcoin has been part of Jamie Dimon’s repertoire in the mid-2010s, but he has begun changing his tune more recently, and especially after JPMorgan announced that it would pursue a cryptocurrency of its own to facilitate shifting big piles of money around the world for its clients.

Commenting back in 2017, Dimon had this to say about Bitcoin “It is against our rules and they are stupid, and both are dangerous.” Rules seem to have changed though as in March 2020, JPMorgan announced the JPM Coin.

Dimon was quite belligerent against the currency back in 2017, but he has toned his criticism down a little. “Don’t ask me when, but it will blow up,” he said in a CNBC interview back then. He may have been wrong and has definitely made our list of our most famous Bitcoin obituaries.

Donald Trump is often in the center of some controversy. Yet, when he predicted that Bitcoin is “based on thin air,” he seemed to garner a lot of support from investors, bankers, and people from the financial sector in general.

The 45th President of the United States, sometimes known for his extravagant business choices, has not been too optimistic about the value of what many have come to refer to as “digital gold” in recent years.

Bitcoin is much like “frequent flyer” programs airlines use, said POTUS in 2019, arguing that the only way to capitalize on the cryptocurrency was to hope that, just like miles, they will be accepted by vendors.

Trump hasn’t gone so far as to predict the death of the currency, but his general attitude suggested as much. We still consider the now-former President’s statement to be part of the long list of Bitcoin obituaries that have missed the mark.

One good point Trump made though is that if Bitcoin and other cryptocurrencies want to obtain a status as real money, it may be a good idea for them to obtain a Banking Charter, which isn’t a bad idea. However, Bitcoin is not necessarily looking to be treated as money.

Nicholas Weaver isn’t quite the financial heavyweight as are Dimon and Buffet. Yet, he has delivered one of the most vivid eulogies against Bitcoin, and indeed one of the best obituaries on record. His statement is amusing for at least two reasons.

When he responded to how he sees Bitcoin back in 2019, Weaver said that it was like “bovine excrement” a person would simply see and quickly walk away from. He then proceeded to add that unlike payment systems such as PayPal, the solution was simply worthless.

Given that PayPal adopted Bitcoin in November 2020, Weaver’s statement was left hanging in the air. Yet, in his defense, nobody could have predicted the overtures in the crypto space that PayPal acted out in what turned to be an out-of-a-blue decision.

Nouriel Roubini has earned himself the moniker “Dr. Doom,” not just for predicting the demise of all cryptocurrencies, but also for his overall economic outlook. Well, Roubini has not missed out on expressing his criticism of Bitcoin.

He has criticized Bitcoin for being “heavily manipulated,” and most recently said that the “bubble is going to burst.” Perhaps he is right to criticize the whales which often exert a lot of power on Bitcoin and Bitcoin does indeed seem prone to plummeting. The bubble will go belly up, Roubini has predicted.

Yet, this skepticism doesn’t explain why JPMorgan and PayPal are now among the companies to support the token. In our books, Dr. Roubini has posted not one, but quite a few obituaries announcing the ultimate demise of Bitcoin. This is yet to happen – if it’s going to happen at all.

It’s not just individuals who have called for the death of Bitcoin. Well, not so much “called for,” as predicted. Allianz Global Investors, a respected investor group, published a collective opinion in which it outlined the disappearance of cryptocurrency.

“In our view, its intrinsic value must be zero,” Stefan Hofrichter said. Yet, the entire statement in this Bitcoin obituary was “the bubble may burst.” While mainstream investors have been a little too trigger-happy to dismiss Bitcoin’s staying power altogether, none of them have actually given a timeframe or exact prediction of how the currency’s going to disappear.

In the meantime, Bitcoin’s value continues to grow, and as it turns out, fewer people are now suggesting that BTC is a dead cryptocurrency walking. If anything, 2020 showed us that investors have decided to remain quiet on the matter, with only a few vociferous opponents in the back.

Millionaires are also shifting to crypto, and we saw a lot of capital outflow from gold and into Bitcoin just last year. As things stand, we should be seeing an even stronger year for crypto and Bitcoin in 2021. 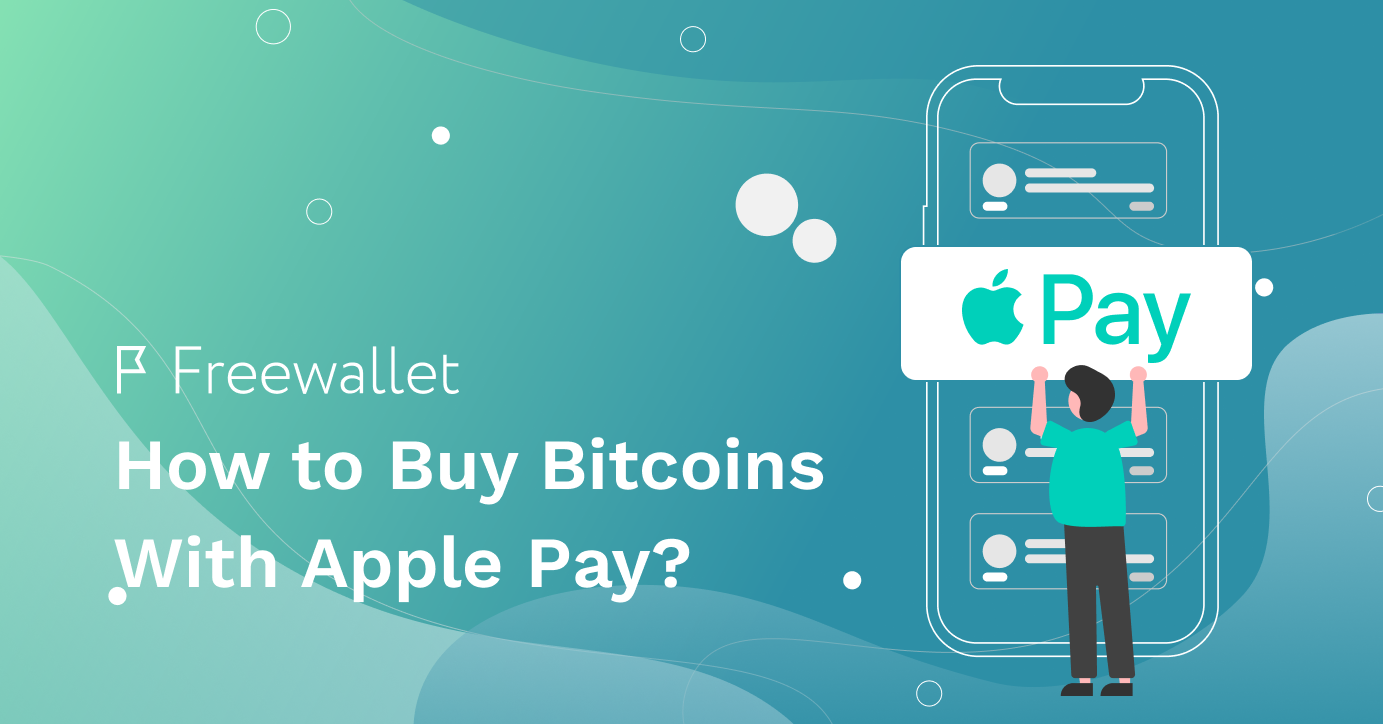