The case of blockchain mobile phones 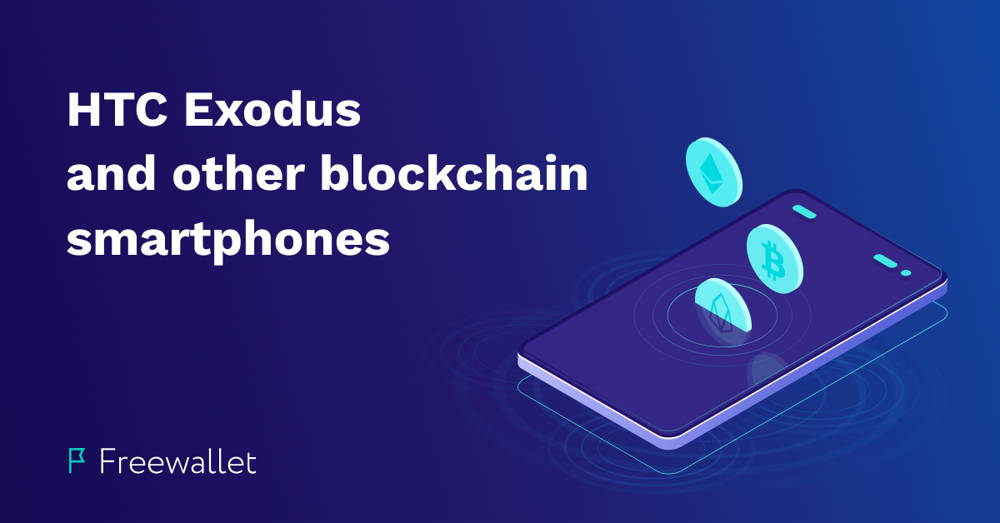 Recently, Samsung has announced that it will release its own cryptocurrency wallet on the Galaxy S10 that will support several coins. We’ve decided to take a look at three blockchain mobile phones available now. There will be no discussion of technical specs such as CPUs or megapixels, we will instead focus on blockchain features and value for the crypto community.

This phone runs on Android OS but it has its own separate, secure blockchain environment to facilitate transactions and cryptocurrency storage. The device comes with a Zion wallet and basically serves as a hardware wallet, which can store BTC, LTC, ETH, ERC-20 and ERC-721 tokens.
Your private keys are stored directly on the phone, making it a hardware wallet which you always carry with you. And here comes one nuance – if you lose your phone you lose all your crypto funds too. To protect and recover your funds you can separate private keys into five parts and pass them to your friends or relatives.

Finney is the first blockchain smartphone that was released for sale. The device operates on its own operating system called Sirin OS based on Android. Similar to the phone by HTC, Finney has its own cold storage, but only for BTC, ETH and their own cryptocurrency – Sirin Labs Token.
But, what is more interesting, the phone uses the benefits of the blockchain in a broader way. It has encrypted communications, P2P data sharing and its own decentralized app store with Dapps, such as CryptoKitties. According to the official website, the SIRIN Token is a utility token, which will be used in the Sirin Labs ecosystem, for instance: in their DApp store.

Recently Samsung confirmed that it will have a cryptocurrency wallet on their Galaxy S10. According to a report from Coindesk Korea, Samsung’s Galaxy Wallet doesn’t support Bitcoin for now and is only compatible with ETH and ERC tokens. At the launch, there will be four decentralized applications including crypto gaming platform Enjin and beauty application Cosmee. The crypto wallet is available at Samsung Galaxy Store only for the Galaxy S10.

The main issues with blockchain phones

The idea of blockchain mobile phones sounds like the ultimate fantasy of a cryptocurrency geek, but as it stands today, reality is not living up to the fantasy. The price of these devices is hefty and not everyone is ready to spend $700 to $1000 for a new mobile phone.
The phones have limited implementation of blockchain technologies, except Finney with the decentralized app store and encrypted P2P data sharing. Currently, each device looks like a mobile phone with pre-installed cryptocurrency storage. What is more important, the wallets support a very limited number of coins, so you can forget about a diverse and balanced cryptocurrency portfolio.
All of them have built-in private key storages, basically making them glorified hardware wallets. Instead of keeping your hardware wallet in a secure place, you will carry all your crypto assets around with the distinct possibility of losing them by damaging or losing your device.

Today everyone can transform their mobile phone into a vehicle of cryptocurrency storage for hundreds of coins with access anytime and any place. We at Freewallet provide you with over 100 of the most popular cryptocurrencies and tokens including BTC, ETH, XRP, LTC and others in one secure app. You can manage your vast portfolio on any mobile phone with Android or iOS operating systems and even on your desktop via our website.
We will take care of your private keys, keeping them in our secure offline storage. Thanks to that, your money is protected from hackers and can be easily restored from any device even if you lose or damage your phone.
If you are new here feel free to sign-up and check our service out.

cryptocurrency-guides
Related
How to pay taxes on Bitcoin for trading and miningSep 09, 2019How to pick a coin for your crypto portfolioMay 28, 2019
Sidebar
Tags
price-predictionscryptocurrency-guidescryptocurrencyadoptioncryptocurrecy-comparisonsnewshardforkbitcoinethereumbchbkxbsvbtclegalisationdaidgbtronenjeosstellarrippleetfwalletethkinltcpmatrueusdtrxusdcvetardorxlmsecuritymultisig2faxmcfiatminingminergatepartnershipxmobankexxmrlitecoinxrpstablecoinbuydigixpaxospumapaydigibytevechainignisenjin
Oooops! Something went wrong. 😞
Please try again later.
Stay tuned